Danville, Pennsylvania is located on what was Iroquois land until the 1768 Treaty of Fort Stanwix. Chester County native and to-be American Revolutionary War figure William Montgomery subsequently purchased a plot of land in 1774 and established a trading post called Montgomery’s Landing. In 1792, he constructed a stone house there which today displays and celebrates the area’s history as a local museum. In the same year, his son Daniel plotted the area between Mill Street and Church Street, the historic core of the Borough which now bears his name.

Danville became a transportation center in the 19th century, served by several railroads and the North Branch of the Susquehanna River. Coal and iron mines in the surrounding hills and mountains fueled the local economy, and by mid-century Danville was an important iron mill town. Many of the rails of the nation’s expanding railroad system were made in Danville including the first T-rail rolled in the United States at the Montour Iron Works.

Montour and several other enormous iron mills dominated the town for most of the 19th century, and the iron industry was the chief employer in the region. The iron mills fell into decline, however, as steel replaced iron in the 20th century. The city celebrates this era with an annual Iron Heritage Festival in July, and its main downtown business street is still named “Mill Street”.

In 1869, the Danville State Hospital was built as a state institution for the treatment and care of the mentally ill.

Abigail Geisinger, widow of iron magnate George Geisinger, used his fortune to build a hospital and clinic intended to be a regional medical center modeled after the Mayo Clinic. The Geisinger Hospital was completed in 1915, and has greatly expanded over the decades. Today, Geisinger Medical Center and its affiliated institutions are one of the largest employers in the region. 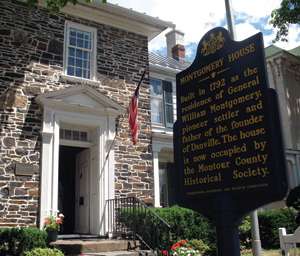 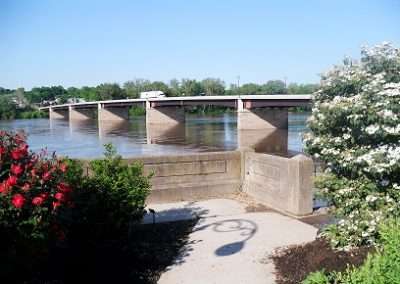 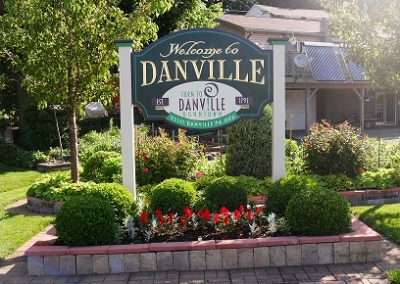 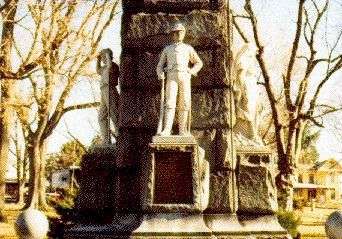