General William Montgomery, who relocated his family here from Chester County, founded Danville in 1792. Danville was named in honor of General Montgomery’s son Daniel. General Montgomery built a stone residence on the corner of Mill and Bloom Streets. The “Montgomery House” is still standing today. It houses the Montour County Historical Society, which contains a wonderful museum. This residence also focal point of our current department patch.

Danville was once a thriving iron community with iron ore mines, a limestone quarry, blast furnaces, pudding mills, and large rolling mills. On October 8, 1845, the first railroad “T-rail” rolled with iron ore in America was produced. Hence giving our school its icon the “Danville Ironmen” and the midget football team the “T-railers”.

According to local historican, Sis Hause, as early as 1849, “High Constables” took to the streets. These men were give the “power of assistant policemen” with a salary of $3.00 for two nights and one day of work per week! Among the duties assumed by constables were issuing of dog licenses and fining perpetrators of fraud at the puppet shows, juggling acts or sleight of hand tricks.

It was not until November 21, 1960, one hundred and eleven years after the incorporation of Danville Borough, the council organized and recognized the Danville Police as a Police Department. 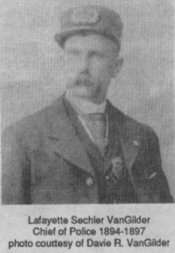 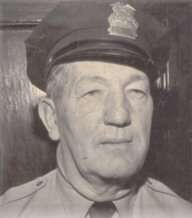 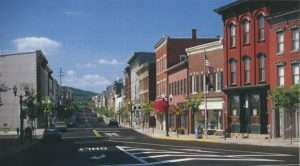 We are a full service department serving the needs of residents in our community twenty-four hours a day, seven days a week. The Department handles all law enforcement duties within Danville Borough and it headed by Mayor Bernice Swank.

We burn this flame in memory of our brothers and sisters who have died in the line of duty.